I’m very excited to announce that I’ll be a regular contributor to Silent Film Archives, which is an awesome database for silent films from all over the world. From German expressionist horror to British melodramas to good ol’ American Westerns, the website is a treasure trove. It’s full of information, links, advice, and all sorts of good stuff from classic Hollywood and beyond.

As a member of a generation that, for the most part, refuses to watch older movies, I really hope my work with SFA will help expose a younger crowd to silent films. Honestly, there are plenty of barriers to entry for a lot of millennials, so I really hope I can make things as easy as possible. As often as I can, I’ll be posting recommendations and advice for newbies, people who might want to check out older films but don’t know where to start.

So check out what we've got so far. This'll only expand and become more exciting in the next few months. 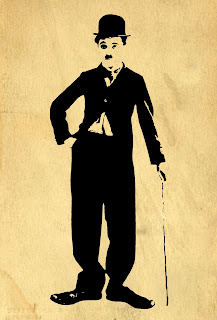 Silent Films: Where to Start

Where to start with SILENT HORROR FILMS... 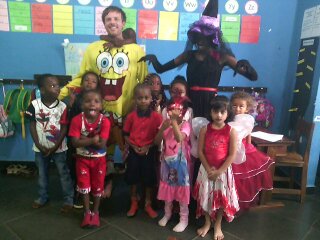 Sorry about the title. I’m in a weird mood, apparently.

Anyway, I’m posting this in honor of the new Stephen King adaptation that just floated into theaters. (And seriously, marketing people: Stop trying to make “float” happen.)
Not everyone is going to make it out to the cinema to watch a clown yank children through storm drains. That’s okay. Child murder isn’t everyone’s cup of tea. If you’re not interested in this year’s IT, why not check out a previous movie called IT. This one is from 1927, and I can tell you right now, it has a lot less child murder in it.
IT is an early rom-com starring Clara Bow, an actress forever remembered as “the IT Girl.” Bow (and IT) is about as adorable as possible. Bow is like Zooey Deschanel from a hundred years ago, and this movie (which was almost lost forever until a print was discovered in the 60s), is Bow at her best.
Over at Silent Movie Archives, I’ve compiled a (slightly tongue-in-cheek) list of all the differences between Killer-Clown ITand Shopgirl-in-Love IT.
Check IT out.

Here's another wildly tacky article I wrote for Points in Case. It's about that awkward moment when you see an old friend and have literally nothing to say. The older I get, the more this happens to me, and it's never fun. 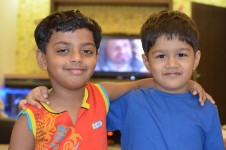