Best Halloween Wishes... all the way from a pineapple under the sea! 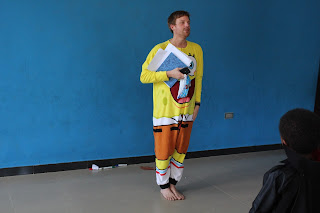 A quick note on my Halloween movie marathon:

This year, I invited a few friends over to bask in the neon orange glow of a communal Halloween fright fest. We gathered in my tiny living room in my tiny house on this tiny island, switched on my laptop computer, and started watching Hocus Pocus.

As someone who has lived in foreign countries for the last five years, someone who has no patience for things like “nostalgia” or “home sickness,” I definitely felt a twinge of both every time the Sanderson sisters were on screen. It was a wonderful way to start the marathon, and while I was definitely more involved in the emotional ups and downs of Max and his talking cat, I think my party guests were at least slightly amused by the whole thing. (Only one other person had actually seen this movie before. Charlatans.)

Our second film, Leprechaun 3 (the one in Las Vegas) was a much rowdier experience for all. Dirty limericks, sex-robots, and wild bursts of violence make this movie my hands-down favorite in the Leprechaun franchise, and I’m pleased to announce that my party guests seemed to like it, too. At least, that’s what they said.

The final movie in our trilogy was Teen Witch, which deflated the group’s enthusiasm just a tad. I mean, we all had fun (particularly during the musical numbers, or any scene with the little brother), but sleepiness was starting to seep into things, and we all had work or school in the morning.

That said, I don’t regret my choices in film. These three movies represent everything I want from a Halloween experience: violence, gore, hijinks, music, costumes, witchcraft, and a group of friends to share everything with. 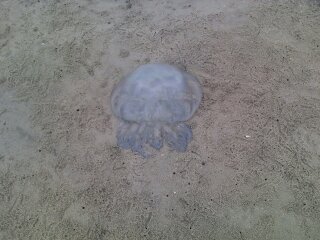 This little guy washed up
on the shore next to my house.
It made me pretty sad.