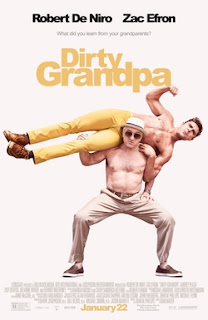 I saw this movie. It was not very good. Please read my review, so that you don't have to watch it. 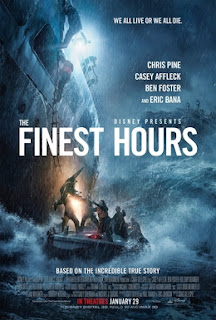 I also saw this movie. It was... something. You should read my review of this one, because... eek.
Posted by Evan at 4:33 AM No comments: 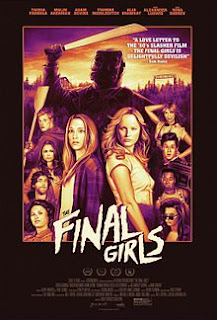 Let me tell you a little bit about my favorite movie of the last six months: The Final Girls.

I have some majorly conflicted feelings about this film, because A) it's my favorite film of the last six months, and B) I think it really squanders what I feel is one of the coolest premises in meta-horror cinema.

For those who haven't checked it out yet, here's the deal: A group of modern teenagers are at an old cinema, and they get sucked into an 80s slasher film. They have to survive till the end of the "movie," but they also have to interact with the movie characters, who somehow develop deeper personalities just by being exposed to the real world.

This seems like the perfect set-up for a lot of self-referential humor and winks at the camera. It does have a bunch of that, of course (the use of black-and-white flashbacks is genius), but it becomes obvious pretty quickly that the movie cares much more about the emotional stuff than the comedic stuff. More importantly, though, it cares more about the emotional stuff than the horror stuff, and that is what leaves me conflicted.

On the one hand, I love this movie. It made me cry. On the other hand, though, I can't tell you how much I'd love to watch a version of this movie that...
set a more authentic 80s tone...
that didn't treat the murders as an afterthought...
and that actually tried to by scary once in a while.

In my mind, this movie is R-rated. It embraces the sub-genre. It doesn't forget the horror part of "horror-comedy." This version of the movie, however, was not made. The actual finished result is much sweeter, and prettier, and more cathartic. And there's absolutely nothing wrong with that. It just wasn't what I had hoped when I heard the premise.

But like I said, The Final Girls is great. Check out my review to see exactly how much I liked it. But just remember: in a perfect world, there are two versions of this film. One has more decapitations.
Posted by Evan at 3:54 AM No comments:

If you want to check out a few more of my reviews on Slickster...

Here's one for The Revenant, the eight-hour-long movie about the guy who gets mauled by a bear and has to crawl across 200 miles of snow-covered wilderness. It's a laugh riot, in other words. 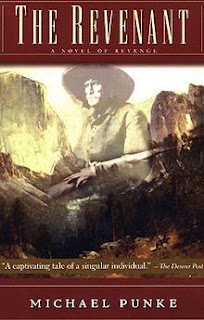 I also have one up for the new Michael Bay actioner 13 Hours. It was one of my favorite reviews to write, because it helped me process some weird, pent-up stuff about all the Michael Bay movies I've already seen. 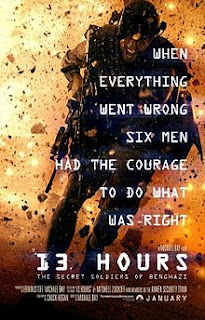 Finally, I checked out Ride Along 2, which is... a movie. 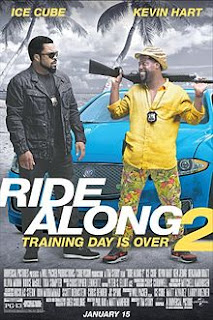 Anyway, this is January, people, so there's going to be a strange mixture of good and bad stuff at the multiplex.Without spoiling my reviews, I will say that only one of the three is a genuinely good movie, and it's also the only one of the three that I will never, ever watch again.
Posted by Evan at 12:03 PM No comments: 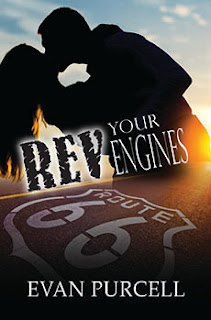 I know it's been a while, but my latest romance is finally coming to a store (and an Amazon search page) near you! This one is very special to me, because the main characters criss-cross through the American southwest, riding through some of my favorite towns along Route 66. I haven't lived in America for a long time now, and I really wanted to use this story to reconnect with my culture a little bit.

As you can see from the publisher page, this one starts with the playboy son of a CEO and his ice queen of an employee, mashes them together in a company-mandated road trip, and then watches as the tension rises and the sparks fly. I'm very excited to hear your opinions. It was a blast to write, and I hope it'll be a blast to read, too.

For this book, I've joined forces with Satin Romance, one of the most author-friendly romance publishers out there. Unlike a lot of other publishers, they don't have a strict house style, instead letting their writers maintain their unique voices. I really feel like my voice comes through in this one, and I hope you do, too! Please check out some of the other awesome titles through Satin, as I'm sure you'll find something steamy or sweet or exciting or suspenseful or anything else you want!

Most importantly, though, mark your calendars for January 30, when Rev Your Engines roars into a bookstore near you!
Posted by Evan at 2:33 AM No comments: 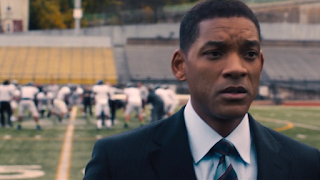 I'm not sure if you're aware, but I'm totally a movie reviewer now. It's crazy. I had no idea this would be part of my career path. I mean, I love movies, and I love writing, and I love telling people how I feel about stuff. But the idea that I'd be a real film critic... it honestly never crossed my mind.

Well, here I am, and I just reviewed the new Will Smith movie Concussion. It's a real story about violent head trauma starring one of the most charismatic actors in the world and it's... not at all what I expected. Did I love it? Did I hate it? Did I want to ram my own head against the wall until the movie stopped?

You'll just have to read the review to find out...
Posted by Evan at 2:50 AM No comments:

Have you seen the new Tarantino movie yet? Not sure if it's right for you? Well, my friends, check out my brand new review of Hateful Eight to help you make this important life decision... 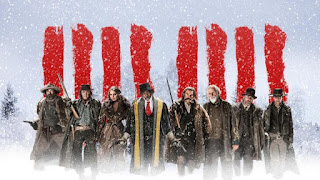 Is the latest from cinema's craziest mash-up artist a little too talky? A little too violent? A little too both? Well, you'll have to check out my review to find out... 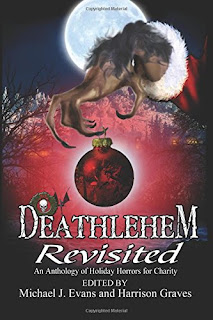 Hey guys! It's still winter, so it's not too late to check out my latest Christmas-themed horror story in Deathlehem Revisited, a brand new anthology that is definitely going to deck your halls... and roast your chestnuts... and jingle your bells... aaaand that's all I got. It's scary. Trust me.
And money from this book is going straight to the Elizabeth Glaser Pediatric AIDS Foundation! So I don't feel guilty giving anyone nightmares! 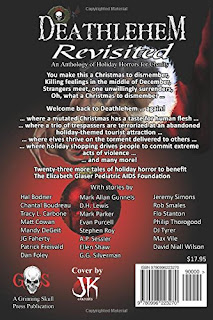