Check out this ultra-charming review from a very professional young reviewer. I made this as part of a writing workshop thing I did for preteens. Man, it was fun.
Posted by Evan at 8:11 PM No comments:

If you know me personally, you've probably heard me go on and on about "Sitcom Girl," a comedy webseries I wrote. If you don't know me, here's the gist:

A washed-up former child star tries to get her life back on track, but her big comeback is derailed when the fictional sitcom character she once played shows up on her doorstep. It's raunchy and fun, and for me it's a great outlet for my unending passion for cheesy retro sitcoms. 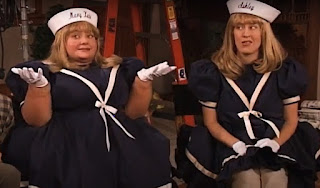 Anyway, this project has had a wild ride. I sold the pilot to an indie company that was all set to make it. Wrote a ten-episode season and worked closely with the producer guy before he pulled the plug on the whole project. Then COVID happened. Then my depression set in.

I still think this show has a bunch of promise, and I've been trying to get it out there as much as possible. It just got honored by Table Read My Screenplay (woo-hoo!) and Wiki: The World's Fastest Screenplay Competition. Not the biggest names in screenplay contests, I know, but still exciting.

So basically what I'm saying is that if you're interested in making a webseries with me, let me know. I figured that if no one's gonna buy this thing, I might as well do it myself.

Kotka and His Friends 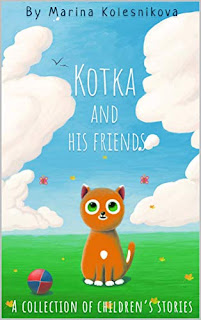 I just had to share this. My friend Marina published her first English-language book. It's a short story collection about a cat named Kotka who goes on adventures throughout his little neighborhood. I was lucky enough to help her with edits and translations, so I've read through these stories several times. Always charming.
The ebook is out now!