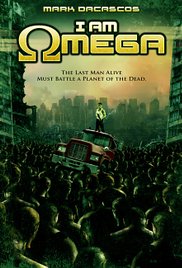 I am Omega. I am an ultra-cheap ripoff of a Will Smith movie. I am full of grainy visuals and awkward silences. I have a dull thud of an ending. I was reviewed by Evan on Slickster.

Back in the Hobbit 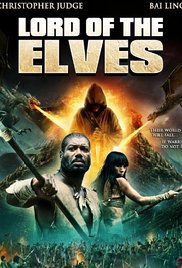 Whatever the name, this film is... something. Check out my delightful mockbuster review. 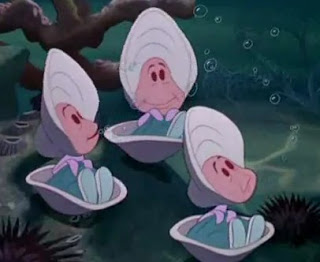 Email ThisBlogThis!Share to TwitterShare to FacebookShare to Pinterest
Labels: Disney

Meat Pies and All That 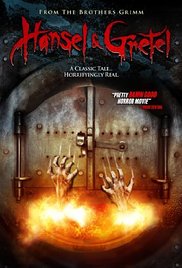 Out of all the really famous fairy tales out there, Hansel and Gretel is perhaps the most morbid. Little Mermaid (at least in its original form) is probably the saddest (give or take a Little Match Girl). Sleeping Beauty has some of the creepiest undertones. Beauty and the Beast does, too. But all those stories (again, give or take a Match Girl) could be Disney-fied pretty easily. Take out some of the murder and self-mutilation and eye-gouging, and you have a perfectly nice, family friendly story about princesses being dainty.

Hansel and Gretel, on the other hand, has darkness woven into its very fibers. Try to sanitize it all you want, but the entire story is built around cannibalism, child abandonment, kidnapping, forced labor, and murder. Take out any of those elements and the story doesn't make any sense.


Not surprisingly, the good folks at Asylum have seen the potential for horror and made Hansel and Gretel, a modern-day horror film starring Dee Wallace from E.T. It's grisly and sick, just like the source material. Of course, this being an Asylum film, the movie is actually a rip-off of Hansel and Gretel: Witch Hunters, a minor hit that may (but most probably may not) get a sequel.

If you're a horror fan, check out my Slickster Magazine review of the film to see just how many body parts fly toward the camera. Spoiler alert: there's a lot.
Posted by Evan at 7:30 AM No comments:

And here it is, ladies and gentlemen... The end of my film festival experience. I'd like to say things ended on a high note, because I did have a lot of fun with these last two days of films. The most depressing stuff is behind me, and all that's left are heartwarming documentaries, Beyoncé, and some drugs. 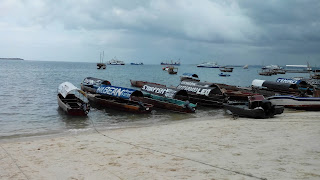 Honestly, film festivals are always so much fun. I consider myself a big film buff, but sometimes I take cinema for granted. With YouTube and streaming services and all sorts of websites, so many movies are at my fingertips that I forget to pay attention sometimes. Being at a film festival (sometimes sitting right next to a director or producer) forced me to pay attention, even if the movie in question had a rough patch or two.

Go to Slickster Magazine to see how it all ends. I'll give you a hint: there were riots. 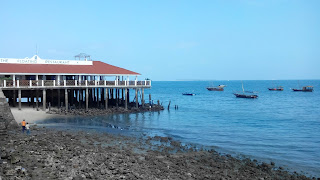 Four Score and Seven Beheadings Ago


The 4th of July is about a month in the past, and Labor Day is about a month ahead. Yes, ladies and gentlemen, we are in the holiday dead zone of August (not counting my birthday and, more importantly, Shark Week). I think it's about time we get a nice boost of patriotism to keep us going through the long, celebration-less summer.

That's right, guys. Now is the perfect time to check out Abraham Lincoln vs. Zombies. This historical documentary tells us all about the real secrets behind Lincoln's historic presidency and tragic death. You may have though you already learned the truth when Abraham Lincoln: Vampire Slayer came to theaters, but you were wrong. This mockbuster is 100% truthier. 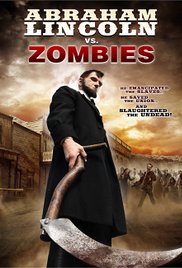 Of course, just in case the film isn't your cup of tea, head on over to Slickster Magazine to check out my rock-solid review. It's particularly spoilerific (Lincoln gets shot), but hopefully that won't stop you from watching this important historical document on your all-American laptops.
Posted by Evan at 7:38 AM No comments: 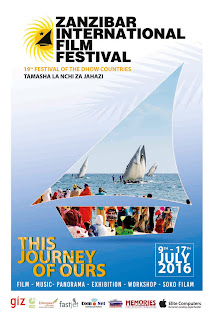 First of all, today is my birthday, so I'm in a particularly cheerful mood. Turning 30 does not, as some have said, make you start feeling like the Crypt Keeper. I think I have a good five years or so before that happens.

Yeah, I'm stoked about being a 30something. It's going to be my decade. I can feel it.

Anyway, here's part three of my ZIFF experience. Please note that at this point in the experience, my snark is really starting to come out. But I still had a blast.

And check back in sometime this week for the final wrap-up. In the meantime, I'm going to check my eyebrows for gray hairs.
Posted by Evan at 8:23 AM No comments:

ZIFF continued to offer a bunch of wildly depressing movies. One in particular stood out for having incest, infidelity, attempted suicide, and abandonment all in the same steaming hot pile of soap opera nonsense. It was amazing.

Anyway, here are my continuing adventures with the biggest cultural event in all of East Africa.

I feel the earth move under my feet. 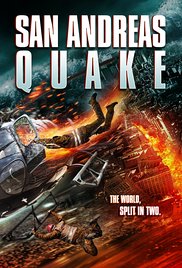 Earthquakes are the closest thing to a phobia that I have. The idea that your house--what should be your safe space--could crush you to death on some random Tuesday really freaks me out. I'm not the biggest fan of disaster movies in general (they tend to make mass casualties seem unimportant). I find them particularly numbing.

So... I don't like earthquakes and I don't like disaster movies. Then why, for the love of God, did I see San Andreas Quake?

It's part of my job. As a weekly columnist for Slickster Magazine, I have to write snarky little reviews about mockbusters, and guess what A-list Dwayne Johnson action film just got mockbusted? That's right: San Andreas. I did not see that movie, but I saw the cheaper equivalent.


(To the YouTuber who uploaded this scene: THANK YOU!)