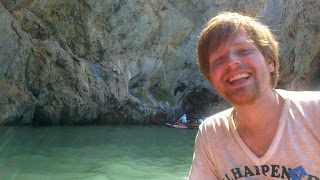 I’ve finally been accepted into a comedy magazine! It’s been a while since I was featured in Cracked.com, and I was starting to give up hope that anyone would think that my writing was funny. Well… here I am, getting all published and stuff by Defenestration Magazine, one of the coolest humor mags around.

My story is about a girl whose relationship completely unravels once she realizes that her boyfriend smells exactly like her deceased grandmother. It’s Shakespearean.


Anyway, I hope you like it. It made me laugh, so hopefully you have a similar sense of humor. If not, well, what can I say? There’s probably a rerun of Big Bang Theory on TV right now. Go and watch that instead.
Posted by Evan at 1:23 AM No comments: