Another Monster for Karma to Fight 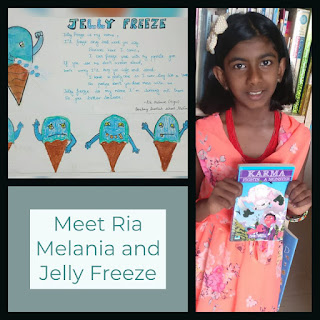 Congratulations to another winning monster! Melania did a great job with her monster Jelly Freeze. It was so hard to judge this contest, but Jelly Freeze was one of my personal favorites! And look at that poem! It's hilarious.

Here are some more great creatures: 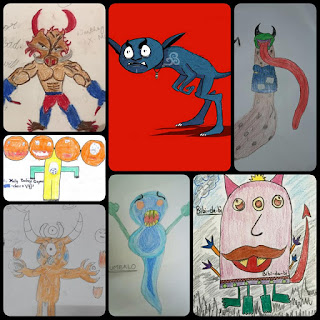 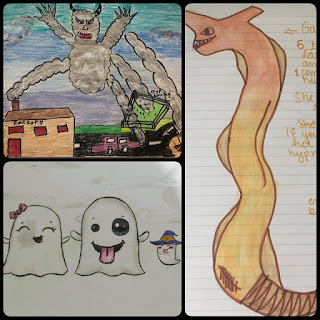 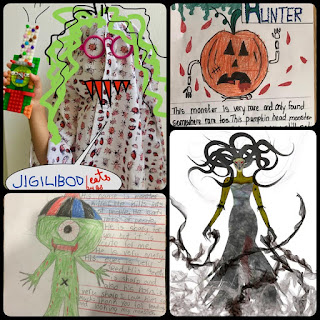 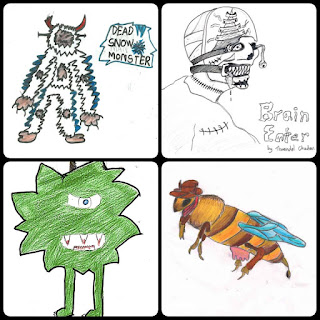 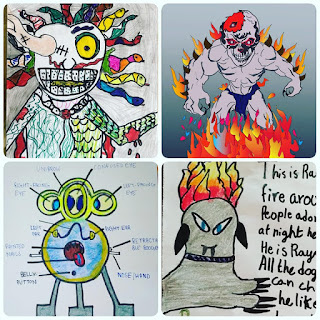 The Problem with Monsters (Besides Them Eating You)

Varsha Seshan is a critic and blogger in India. She just posted a really inciteful piece called "The Problem with Monster Stereotypes in Literature" and it really sums up my feelings about monsters (especially in young adult literature).

One of my big reasons for creating the Karma Tandin: Monster Hunter series was to challenge the assumptions about good vs. evil. I wanted to create a village full of monsters that are a bit more complex than just MONSTER = BAD. My monsters are real characters with real quirks and personalities. They're different and they're dangerous, but that doesn't mean they're irredeemable. They're young and old, male and female, ugly and beautiful. And they're complicated.

In my first book, the monster is a book-loving librarian that just happens to hide a mutant shark face under her human head. In the second, a school bully becomes a decomposing zombie that learns the hard way what it feels like to be the victim of bullying. In the third book, well... stay tuned, but it will involve an "evil twin" with a bit more complexity than you'd expect.

Especially in kidlit, writers have the responsibility to expand the definition of "monster." The world isn't a simple, black-and-white place, and monster characters shouldn't easily fit into any category. That's more-or-less the mission statement of the Karma Tandin series, and Varsha's article really captures that. Give it a read.
Posted by Evan at 2:22 AM No comments: 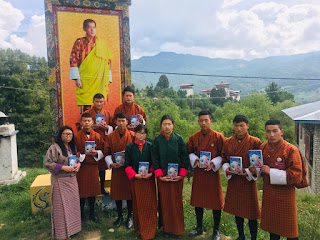 Karma Fights a Monster is hot off the presses. Check it out.

(And as always, my students in Bhutan are super smiley.)